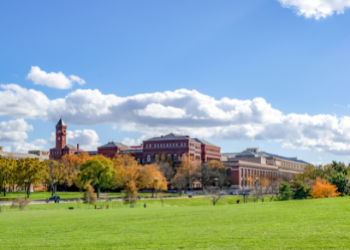 The tenure of college and university presidents is shortening, the average tenure at regional public institutions is now about five years. Not so long ago, many campus presidents were serving 10 to 20 years. The reasons for the reduced tenures of these leaders are multiple, but two seem paramount: a challenging relationship with the governing board and a greater focus on the leader than on the team.

While much has been written about interim presidents, not much attention has been given to the need for board self-evaluation and to the role of vice presidents and, especially, deans in support of transitional leadership.

With reductions in state funding for public institutions and enrollment declines affecting revenues at both public and private institutions, the COVID-19 pandemic magnified already existing fiscal challenges. These conditions caused stress on the governing boards that have fiduciary responsibility for the institution and the president and team that are responsible for achieving the, at times, unrealistic goals set by the board.

Some presidents delayed their departure from office because of the pandemic and some ran into difficulty because of it. In any case, the departure of the campus chief executive can be an unsettling time for an institution. The board, with input from the campus community, must decide on the criteria for selecting the next leader. They also must decide whether they will look immediately for a full-term replacement or whether they will seek someone from inside, or outside, to serve for one to two years as an "interim" leader. They also must decide what kind of help they want to assist them in these decisions and the search.

The first step is to determine the cause of the president's departure. Was the departing president in office for many years and is the institution on a strong footing? Did a scandal of some sort cause the departure? Was there a rupture with the faculty and a decline of trust in the administration? Was there a breakdown in effective governance due to board misbehavior? The cause of the president's departure, and the condition of the campus, will influence whether there is time for a standard search for a successor or whether an interim president is needed soon. The assessment will also help determine the length of an interim's appointment.

While the norm has been to find an interim leader for one year, there is increasing evidence that more time is needed, especially if significant organizational, financial, or governance restructuring is to be accomplished.

A major challenge for a one-year interim leader is to establish the priorities and processes for major changes when those on campus know that they will be succeeded by someone else within a year. After all, if the interim starts in the summer and a search for a permanent successor starts in the fall, the tendency could be for administrators and faculty to delay major changes as they wait for the next leader. Therefore, more interim appointments are now for two years.

The longer time period also allows for greater engagement with the board and faculty on matters of shared governance as well as a more systematic approach to organizational and financial issues, including enrollment management and local and state government relations.

The board may also need work on effective governance. In a case in which an interim president was to address significant fiscal challenges, it was found that the board had engaged in a financial transaction with select members and an outside party to buy campus debt. The goal was to free up cash-flow, but the review disclosed that the finance and audit committees were not independent of each other.

In another example, the process revealed that board committees were not well informed about key issues. Members of the Academic Affairs Committee, and the full board, were not aware that the General Education degree credit requirements were so extensive that students could not graduate in four years when taking a normal course load of 15 credits per semester. Consequently, both those who changed majors and those who transferred in from other colleges were delayed in graduation. Enrollment continued to decline.

In all cases, it makes sense for the board to appoint a committee, or perhaps use the executive committee, to serve as a liaison with the interim president and with the senior staff and deans. While there often is a sentiment to let the new leader choose their own team, institutional memory is critical. The campus presidency is not, or should not be, a solo enterprise. It is a team effort. So, unless there is a problem with one or more of the senior staff and deans, and if there is it should be dealt with, it is wise to call upon this team to assist in the transition.

The senior staff and deans know the institution and its challenges, they are in touch with the faculty and administrative staff who will be responsible for executing the changes needed, and they are closer to the students and the alumni and other members of the external community.

The deans can be especially helpful in this period. As noted in "The Academic Dean: Dove, Dragon, and Diplomat," deans are the critical link between the faculty and the senior administrators. They can be "peace-makers" between program and campus administrators as well as between, and among, academic units; they also are "priority setters" for academic programs and societal outreach as well as student success, internships, and study in other cultures; and they are "communicators" between and among all campus constituents. Their role should be neither ignored nor forgotten.

During the interim period, deans and vice presidents should continue to fulfill responsibilities of leadership, as noted, and of management, such as personnel reviews and maintaining relations with donors and partners. An interim period can be a time of uncertainty and deans can provide confidence and continuity.

In my view and experience, deans should seek an early meeting with the interim president, clarify the board's expectations of the interim leader, express support for the ways in which the dean can be helpful, and introduce any requirements and understandings codified between the outgoing administration and the dean. It is not a time for new requests or attempts at favoritism, but a time to acknowledge the challenges faced by the interim - and the board and campus - and express how the dean can help.

A college or university is a unique community, and transitions can be especially complex. The dean, in their multiple roles, can be helpful not only to the incoming president but also to the governing board by trying to guide the institution to a new period of stability.

Disclaimer: HigherEdJobs encourages free discourse and expression of issues while striving for accurate presentation to our audience. A guest opinion serves as an avenue to address and explore important topics, for authors to impart their expertise to our higher education audience and to challenge readers to consider points of view that could be outside of their comfort zone. The viewpoints, beliefs, or opinions expressed in the above piece are those of the author(s) and don't imply endorsement by HigherEdJobs.
This website is part of the HigherEdJobs network.