How to Say No to More Work 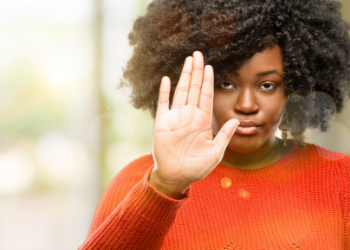 To advance your career, you need to be the person your colleagues can go to when they need problems solved or be relied on to get things done. Do you agree? If you said yes and your career is still not where it needs to be, then maybe you're saying yes too often to more work. It might be time to develop a strategic "no." Think of "no" as a tactical retreat on the battlefield of your daily work to win the war of your career.

"Every good no makes room for a better yes -- one that adds value, builds relationships, and enhances your reputation," wrote Bruce Tulgan for his Harvard Business Review article, "Learn When to Say No."

But how does this work in higher education with requests coming in from students, deans, vice presidents, alumni, and all sorts of functional areas? The academy is hierarchical but the workflow still often comes from all angles. Additionally, early-career professionals and pre-tenure faculty sometimes feel social pressure to always say yes to more work. How can you set boundaries?

That question was asked by a tenure-track faculty member named Caroline on the first episode of Cal Newport's Deep Questions podcast. Caroline asked Newport, a computer science professor at Georgetown University and author of productivity book Deep Work, how to say no to colleagues so she could instead focus on the research that is critical to achieving tenure.

Newport responded, "Here's the secret about other professors and administrators at colleges: they're just overburdened and trying to get stuff off their plate. They're not oversweating it if you say no."

Perhaps we do inflate the sense of social pressure, especially at a time when many of us are working remotely. It's easier for people, especially supervisors, to just forward an email to others saying "Can you take care of this?" or "Thoughts?" without considering the demands of time and energy -- and not to mention benefits -- of fulfilling a work request.

Tulgan addresses the cost further in his HBR article with a six-question intake memo used by lawyers, accountants, and doctors to assess what clients are asking. The point is to evaluate each "ask" based on institutional mission, values, priorities; your tenure requirements or job description; and, yes, if it's marching orders from above. However, don't just take action in the moment because someone happens to ask you to do something.

"Remember, 'yes' is where all the action is," Tulgan wrote. "Every yes is your opportunity to add value for others and build up your real influence. Don't waste your yeses. Set up every yes for success with a concrete plan -- a clear sequence, timing, and ownership of all the next steps."

Once you've determined that the answer to a request is no, which often occurs when you're overcommitted, you still need to say it in a way that makes people feel respected. Here are four ways to say no:

Point Down the Road

Tulgan recommends preserving opportunities that could benefit you later. After all, you could be on the other side asking others to collaborate. He said the best way to respond is the following: "I'm already committed to other responsibilities and projects. I'd love to do this for you at a later time. If that's not possible, I'd love to be of service somehow in the future."

Unworthy Instead of 'Too Busy'

Tonya Dalton, author of The Joy of Missing Out, has a go-to response: "Unfortunately, I can't give it the time it deserves." That response is better than "I'm too busy" because you're not elevating yourself above the task that you're being asked to do. "(You're) not saying what they're doing is unimportant," Dalton said on an episode of the How to Be Awesome at Your Job podcast. "In fact, (you're) saying, "Gosh, what you're doing is so important, it really deserves time and I am not able to give it to it."

Let Your Boss Do the Math

If your request is coming from your manager and you're overcommitted, you might have to bite the bullet and do the task anyway, but follow up later so that he or she knows the cost of said task. Present it as, "If you want me to add this, what should I subtract?" Especially if you're working remotely, try emailing your supervisor the time you're dedicated to tasks so he or she understands the math. You're not saying no in the moment, but you're lobbying for a future no from your boss on your behalf.

Back to Newport's response to Caroline. He recommended the "quota strategy." This is where you tell someone you have a quota for how many committees you can join or peer reviews you can do per semester to make sure you have enough time to do the work needed to get tenure. You just say, "I already hit my quota."

"This method works really well because, man, it is hard to push back on that," Newport said. "It's very hard for (someone else) to say, 'I don't care about your quota; I would rather you do this for me than actually do that work you need to do for tenure.' No one is going to say that. It works like a charm. (...) They'll say, 'OK, she can't do it, who else can I ask?' And they've forgotten about it four minutes later."

You have to learn how and when to say no to protect your career and the systems put in place by your institution. The goal of work is not to be busy or even productive -- it's to be effective. A good no, to paraphrase Tulgan, will lead to an effective yes.