Is Your Campus Constructed for Constructive Conflict? 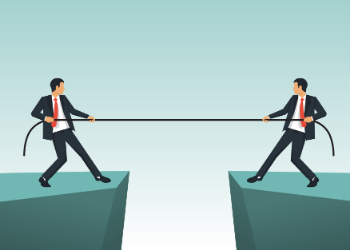 Dispute resolution systems design, while a relatively new concept in higher education, is a means for ensuring an organization has systems in place for mitigating, or at least reducing, the negative consequences of conflict. Whether we acknowledge it or not, unresolved disputes drain campus resources -- human and financial. Consider what percentage of your time is spent responding to interpersonal conflicts (e.g. between and among faculty, students, staff, and/or organizations). Think about ideas and projects derailed because people could not get along. Imagine chairing a department meeting with little to no training on facilitating conflict. There are better options, but they require intentionality and planning. They require systems design.

The Harvard Program on Negotiation (PON) defines dispute system design (DSD) as "the process of identifying, designing, employing, and evaluating an effective means of resolving conflicts within an organization." Furthermore, they proclaim that, "in order to be truly effective, dispute systems must be thoroughly thought out and carefully constructed." (emphasis added)

Architects design buildings, that when constructed, will weather the elements of their geographic region. Similarly, higher education professionals, when designing dispute resolution systems, should consider the types of conflicts that reoccur on their campuses and those that are most clearly on-the-horizon, and prepare for them. Of all the things that can surprise us, conflict should not be one of them. It should be at the top of every enterprise risk management assessment. Being surprised by conflict on a college campus is like being surprised by hurricanes in the Southeast, earthquakes in the West, or blizzards in New England. Forecasting and preparing are key.

In order to sustain diversity of thought, encourage authentic expression, and teach critical thinking, we must have systems in place to help people resolve disputes. We can no longer wait and hope for people to work things out. Dispute resolution depends largely on the people in your organization, but systems and processes influence behaviors.

The severity of political divisiveness in our country creates the illusion that becoming a conflict-ready institution is impossible, but it is not. While writing this article I heard William Ury, one of the world's best known and most influential experts on negotiation, speak about "Getting to Yes In Challenging Times." He reminded webinar watchers from around the world of the tried and true lessons from his and Roger Fisher's best seller, "Getting to Yes." But he went a step further, adding to the advice given to disputing individuals for over three decades. He introduced a new concept he calls, "activating the third parties." If given the chance, I encourage you to hear it from him, but in the meantime, the summary is that conflict is not isolated to the individuals, it affects and is affected by third parties (e.g. bystanders, neutrals, and other organizational members). Dispute resolution systems design is all about activating third parties in the furtherance of conflict resolution.

By now, you are probably asking, "How?" I suggest the following four steps.

Begin by identifying the reoccurring conflicts -- where they happen, who they are between, and what they are about. If you are having trouble, just think about who has been fighting with who on your campus, and over what. Make a list and after you've exhausted it, start a new list brainstorming what you think people will argue about in the near future. Trust me, if you get a group of people together and ask them these questions you will get answers. I have tried it and while the themes are similar among campuses (e.g. between academic departments, in academic departments, between employees, student demands, etc.) each campus has their own nuanced conflicts. Naming your campus's reoccurring and on-the-horizon conflicts is like forecasting the weather. You may not get it completely right, but you'll be close enough.

Inventory what resources, policies, and processes are currently in place. Determine if student and faculty governance groups have civility statements or agreements and if employee and student handbooks describe options for addressing and resolving conflict. Ask people what they would do if they found themselves in a dispute, where or to whom they would turn -- if anyone. Find out if conflict resolution (e.g. negotiation, mediation, conciliation, etc.) is being taught in any courses and whether training is available to faculty, staff, and students.

Charge an interdisciplinary and/or interdivisional group to act like dispute resolution design architects. Ask them to sketch a plan for building and/or improving your campus's dispute resolution options, resources, and processes -- formal and informal. If your group is having trouble consider external assistance. Local and national organizations like the American Bar Association and state affiliates have dispute resolution sections. Mediate.com is a website host to "everything mediation."

This step is where the architectural analogy ends. You do not need perfect design plans to begin construction. Select an idea that is big enough to matter and small enough to do, and implement it. Its evaluation will provide you with important data. Data you can use to adjust your design.