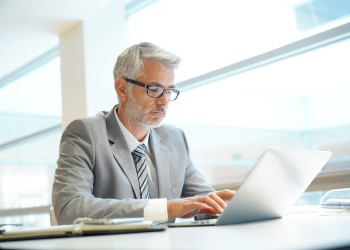 The late Allen Koenig had a one-liner that described his presidency during the 1980s at Chapman College in California: "I was an interim but didn't know it." In hindsight, Dr. Koenig eventually recognized that de facto he had been an interim, but also that he had been able to make a significant contribution helping to advance a strategic agenda. As such, Dr. Koenig's abbreviated presidential tenure ultimately fulfilled a more transcendent purpose as it helped in 1992 to inspire the creation of the business model for The Registry for College and University Presidents.

In our view, a growing number of incumbent presidents have become increasingly susceptible to the "Koenig phenomenon" wherein they are de facto interims as their tenures turn out to be briefer than originally projected. In the academy, it is common that the performance and success of presidents tend to be cyclical. Almost all presidencies start with a "honeymoon period" which is typically a time for reinvigoration and celebration of new leadership. In our current highly challenged environment, the duration of these "honeymoon periods" is more abbreviated and sometimes ends before it even begins. One of the major reasons is that an increasing number of new presidents have been engaged to pursue and achieve strategic agendas while colleges and universities historically remain resistant to change. As a result, there can be a clash triggering an inverse relationship between the degree to which the new president is successful as an agent of change and the duration of the "honeymoon period."

Another major factor contributing to shorter presidential tenures is that institutional priorities are shifting more abruptly and dramatically than is the case during periods of prosperity and stability. When new priorities emerge, there is often a mandate to identify and engage different types of presidential expertise such as academic, finances, advancement, or enrollment management. For example, a new president might be recruited and appointed to address a glaring need for academic prioritization, yet after successfully addressing this priority, the institution experiences a debilitating decline in enrollments which predisposes the board to ask if they have chosen the "right" leader.

Even in the best of times, the presidency of a college or university is one of the most demanding, if not impossible, jobs in American society. In our new normal there is even greater pressure for these executives to achieve positive, demonstrable results quickly and efficiently, and this almost always mandates the expenditure of political capital. Unfortunately, even the very best chief executives have a limited supply of political capital. As a result, more institutions are now considering the appointment of an experienced interim president who may have already led one or more institutions successfully through periods of unprecedented challenges.

This naturally leads to a larger question, "What is the future for the presidency?" Among our initial responses, we are observing these emerging trends:

In the emergence of a new normal, the future is becoming even more difficult to predict. As we move forward, it might be helpful and constructive for more incumbent executives to reflect upon the possibility that they might want to be engaged as an interim president -- with the option to be extended for multiple terms that would approximate the duration of successful performance and positive results for their institution.
This site uses cookies to make finding jobs and helping your career as easy as possible. By using HigherEd360, you accept our privacy policy and how we use cookies.
Close