Coaching for Cultural Sensitivity and Understanding 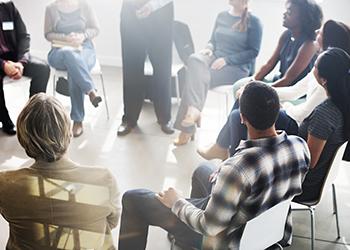 Rawpixel.com / Shutterstock
In Bringing White Men to the Table to Talk about Race, I encouraged individuals traditionally identified as privileged in society, particularly white men, to consider how they may benefit from and contribute to important conversations about race and other issues involving diversity, inclusion, and social justice. I noted the need for such individuals to "show up" for such conversations to explore their privilege and take action to combat bias, prejudice, and discrimination.

Some "come to the table" willingly out of recognition of the need to be more self-aware. Others come less willingly, often after an incident (or two) where they demonstrated cultural insensitivity and were informed that their actions and behaviors are unacceptable and must change.

I have provided coaching to both to support their efforts to become more culturally sensitive, aware, and supportive of others whose backgrounds and identities are different from their own. I offer here considerations for coaching such individuals, particularly white men. Whether you are a leader needing to provide such coaching or someone realizing the need for such coaching, consider these suggestions to make the coaching experience productive.

Make it about learning, not judgment or punishment. There is a tendency when someone makes a culturally insensitive statement or behaves in a similar manner to respond in knee-jerk fashion to impose punitive measures. While administrators should certainly take such matters seriously, it is important to provide such individuals opportunities to understand the consequences of their actions and learn different responses. When participating in coaching, they need to feel they can talk openly about the situations and circumstances that have brought them to account, and to reflect on how their biases and mindsets have led them to think and act as they have. As a coach, I want them to feel safe to work through these issues without fear of further punitive action. Without a safe environment to explore issues of privilege and prejudice, creating openness for change is unlikely.

It's not about judgment, but it's not about excuses either. With the statement above noted, a judgment-free zone does not mean excusing the coached individual's behaviors. As a coach, it is not my job to pass judgment. Rather, I try to get them to reflect on why they have been called to task for their actions. More often than not, they understand how what they've done has been concerning to others, even if they don't understand the full impact. At times, they may try to provide a context to explain their actions. As a white man, I might easily see how such a context could explain their actions, based on my own past ignorance and mistakes under similar situations, so I must be careful not to fall into a trap that allows for easy explanations that dismiss the seriousness of the situation. Rather than judge, though, I try to guide them through questioning and reflection so they can see for themselves the impacts of their actions, regardless of their intent.

Encourage vulnerability through your own vulnerability. In my previous article, I noted how I shared my struggles with bias and prejudice in the appropriate settings and how others offered appreciation for my candor, rather than condemnation. I have further shared how being a vulnerable leader can create a sense of connection and trust with others. In a space where exploring the roots of cultural insensitivity is vital, this vulnerability will prove an asset as you coach others and encourage their vulnerability to discuss regrettable actions and behaviors. Individuals coming for coaching under such circumstances are on guard, feeling defensive and likely as though they are the only ones in the world ever to be exposed for such behavior. Realizing through your genuineness and vulnerability as a coach that you've made your own mistakes can help them realize that acknowledging their mistakes is acceptable, human, and a significant step toward change.

Talk about specific scenarios to unpack them and examine what to do differently. Once you've established a trusting, confidential relationship with the person you are coaching, talk concretely about the situations that brought them to coaching. There may, in fact, be many such experiences worthy of exploration. Talk through these situations to identify patterns of behavior and responses that have not been productive or well-received. These may be difficult, yet enlightening conversations to help them see how, despite a benign intent or doing what had seemed acceptable before, their actions were harmful to others and ultimately not beneficial to their own reputation as a leader or colleague. So-called "sensitivity training" often sends a message that "this is wrong, so don't do it again." Deeper reflection on patterns of thought and action and exploration about how to break those patterns moves the conversation from reactive behavioral modification to the possibility for sustained change.

When appropriate, help them engage in difficult conversations with those they offended. There may be situations where the coached individual wishes to talk with the individuals he or she has offended. I caution the individual to be sure that approaching others in such circumstances would not be unwelcome or create a situation that creates a burden or further discomfort or trauma for them. If it is otherwise appropriate, the question becomes what sort of conversation to have. Is it to apologize, to learn more about how the person's actions were offensive, to understand how to engage appropriately in the future, or to attempt to explain his or her actions? Conversations to apologize and to learn may be appropriate; conversations to excuse and explain are not. I walk through the process by which they may engage in such conversations, including occasionally role-play, to help them plan the most appropriate approach. I encourage them to approach with humility, a genuine desire to learn and change, and no expectation for a particular result such as forgiveness, acceptance, or to repair the relationship. They must further be prepared to withdraw if and when their efforts become unwelcome.

Keep at it. A manager once requested that I essentially "fix" someone regarding the individual's lack of cultural sensitivity and awareness. Though the word "fix" wasn't used, this manager had a concrete idea of the change that must happen, how it was to occur, and the timeframe for task completion. I didn't abide by these parameters, nor could I, and advised the manager accordingly. While coaching for cultural sensitivity and understanding requires urgency, it is not done over the course of a single meeting or perhaps even several meetings. Rather, the process of reflection and change as a product of coaching occurs on a timeframe that only the coached individual can determine. I establish the coaching relationship, come to an understanding of the kinds of conversations and interventions needed, and partner with the individual to engage in the coaching process. While it is structured, it is also fluid. I don't claim to "fix" anything. All I can do is remain accessible and keep at it as needed to support the individual. I provide the forum; the choice to reflect and change is up to the person being coached.
This site uses cookies to make finding jobs and helping your career as easy as possible. By using HigherEd360, you accept our privacy policy and how we use cookies.
Close