Work Email Is a Task That Needs to be Tamed, Not Ignored 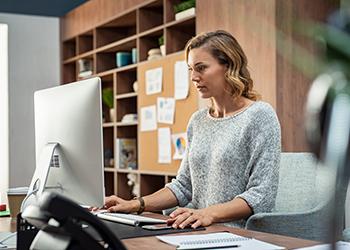 Very few of the job descriptions on HigherEdJobs mention "checking email," yet knowledge workers spend nearly a third of their time reading and answering emails.

According to a McKinsey Global Institute report, interaction workers -- which are high-skill knowledge workers that include most higher education professionals and their managers -- spend 28 percent of their time on email. They use another 33 percent of their time either gathering information or collaborating internally, leaving 39 percent for role-specific tasks.

As someone whose role is to write about an institution, I do my share of gathering information and emailing executives, deans, faculty, and staff so that I can share details about their programs, research, and accomplishments. While every job has some degree of administrative work, I've found people fall into what Elizabeth Emens calls "admin personalities." Her book "Life Admin" is more about toiling with the life side of the work/life balance, but a professor's approach (or reproach) to email is similar to parents needing to maintain a household when they should be spending time with their kids.

The Super Doer responds to my emails immediately, as if taking pleasuring in admin work, connectedness, having a tidy inbox, and that dopamine hit that comes with every email notification.

The Reluctant Doer experiences admin work as an obstacle and will respond to my email within a day or two when they finally have time to get caught up, as if managing email is like flossing or eating their vegetables.

The Admin Avoider knows their unanswered emails are a problem but they don't want or know how to deal with it. They'll respond to my email after a week or two, which usually begins with an apology.

The Admin Denier never replies to my email and doesn't waste their time with what they consider unimportant things -- or they'll just say they somehow never received it, as if lost in the ether, which is accurate if they don't check their email.

"Most of us are not simply one type or another," wrote Emens, who is a Columbia University law professor. "These admin personalities are archetypes, caricatures, whereas people are complex creatures whose realities partake of diverse feelings and life strategies."

Before discussing an email strategy, let's address one well-intentioned, yet radical idea for reducing scholars' hours spent on email. Cal Newport, an associate professor of computer science at Georgetown University, wrote in his Chronicle of Higher Education essay, "Is Email Making Professors Stupid?," that institutions should invest in more administrative support. Although not suggesting a one-to-one ratio of professors to administrative assistants, Newport's proposal may seem impractical, especially with the ubiquity of email and how colleagues and students rely on email for its transactional recordkeeping.

"The same advances in technology that have led us to disastrously shift the burden of administrative work onto frontline employees has also greatly increased the efficiency with which support staff can operate -- enabling a smaller pool of assistants to help many professors," Newport wrote. "In short, we're already paying a price for the proliferation of ceaseless communication and administrative busywork. The question is whether we're finally ready to admit it and have an honest discussion about whether it's worth it."

Just as a Super Doer is always "on top of things," professors should be "on the bottom of things," Newport argued, for them to be effective in their role. But most higher education professionals, even the monastically-aspiring professoriate, tend to fall in the middle of things, because, as Emens would say, we're nonbinary creatures who are as complex as our realities.

For some, throwing in an intermediary wouldn't solve their email problem but make it worse, adding another variable to encode messages. Instead, we can develop these strategies to become more efficient email users:

All of this is not to say that email is the bogeyman in your closet that will steal all your precious time at work, but if you shine a light on the closet and keep it organized, email can be like a closet: an effective way to keep your house in order. And then you will be able to sleep better at night.
This site uses cookies to make finding jobs and helping your career as easy as possible. By using HigherEd360, you accept our privacy policy and how we use cookies.
Close